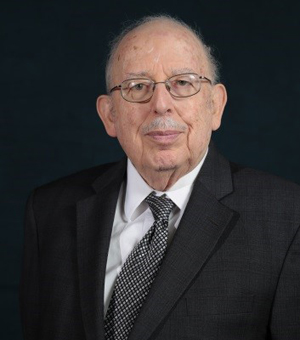 Justice Herman Cahn is Special Counsel to Wolf Haldenstein. Justice Cahn has expertise in mediation and arbitration litigation and serves and is a member of the Firm’s Business Practice litigation group.

Justice Cahn joined Wolf Haldenstein in 2013.  Prior to joining the Firm, Justice Cahn had a prestigious career serving as a member of the commercial division of the New York State Supreme Court. Justice Cahn was first elected as Judge of the Civil Court of the City of New York in 1976. He subsequently served as an Acting Justice of the Supreme Court from 1980 until 1992, when he was elected to the Supreme Court. Throughout his decades on the bench, Justice Cahn principally handled civil cases, with the exception of 1981 until 1987, when he presided over criminal matters. He was instrumental in the creation of, and a founding Justice in, the Commercial Division within the New York State Supreme Court. He served as a Justice of the Commercial Division from its inception in 1993 until 2009.

Justice Cahn served as a member of the Council on Judicial Administration of the Association of the Bar of the City of New York. He now serves on the Character and Fitness Committee of the Appellate Division, First Department. He is on the Register of Mediators for the United States Bankruptcy Court, and Southern and Eastern Districts of New York.

Since his retirement from the bench, Justice Cahn has been actively involved in numerous commercial litigation matters in the New York State and federal courts. Justice Cahn serves as a frequent private and court-appointed arbitrator, mediator and special master. He has also served as an expert on New York law in connection with litigation outside the United States and serves as a consultant for members of the bar on various matters including litigation strategy and ethics.

In 2010, the Conference on Jewish Material Claims Against Germany, Inc. appointed Justice Cahn to adjudicate appeals from persons whose payments have been deemed fraudulent.