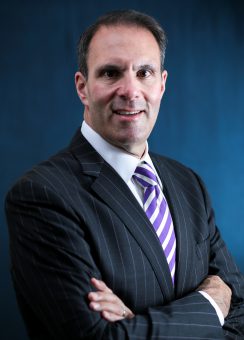 Mark C. Rifkin is Managing Partner of Wolf Haldenstein Adler Freeman & Herz LLP. He is a highly experienced trial and appellate litigator in federal and state courts across the country in a broad range of cases, including complex commercial, securities, antitrust, and copyright disputes.  Among his many accomplishments, Mr. Rifkin invalidated the worldwide copyrights to “Happy Birthday,” the world’s most famous song, and to “We Shall Overcome,” which the Library of Congress has called the most powerful song in the United States history. Mr. Rifkin has been recognized year after year as a Super Lawyer and was named a “Titan of the Plaintiff’s Bar” by Law360.  His clients include institutional investors such as public and labor pension funds, labor health and welfare benefit funds, and private institutional investors who suffered losses from securities law violations. He has helped the Firm’s litigation team recover more than $7 billion for investors.

Mr. Rifkin was profiled by Law360 as a “Titan of the Plaintiffs Bar” and was designated as a “Trailblazer” by the National Law Journal.

Mr. Rifkin is a member of the American Bar Association and the New York State Bar Association. He lectures frequently to business and professional organizations on a variety of business, intellectual property, and shareholder matters. Mr. Rifkin appears regularly in print and broadcast media on law-related topics in securities, corporate, intellectual property, antitrust, regulatory, and enforcement matters. Mr. Rifkin is also a guest lecturer to graduate and undergraduate economics and finance students on corporate governance and financial disclosure topics. He also serves as a moot court judge for the A.B.A., Yale Law School, and New York University Law School.